We offer a relatively simple reverse model, which resembles an incomplete harmonic pattern, but appears on the market much more often and reliably allows you to catch a trend at the very beginning. You should not miss such an opportunity, so let's start.

The “Rook” figure is caused by the psychology of the small players mass at the stage of trend completion, including those who recently “hopped into the leaving train”.

The market has been making final attempts to maintain its current direction, but those, who do not see the real trading volumes, do not understand that large players have already stopped pouring money into sales (red pattern) or purchases (“blue Rook”).

Small players continue to enter the market, but after two or three rather strong impulses, the current trend quickly loses its strength, and market makers collect the Stop Losses of those who did not manage to reverse. 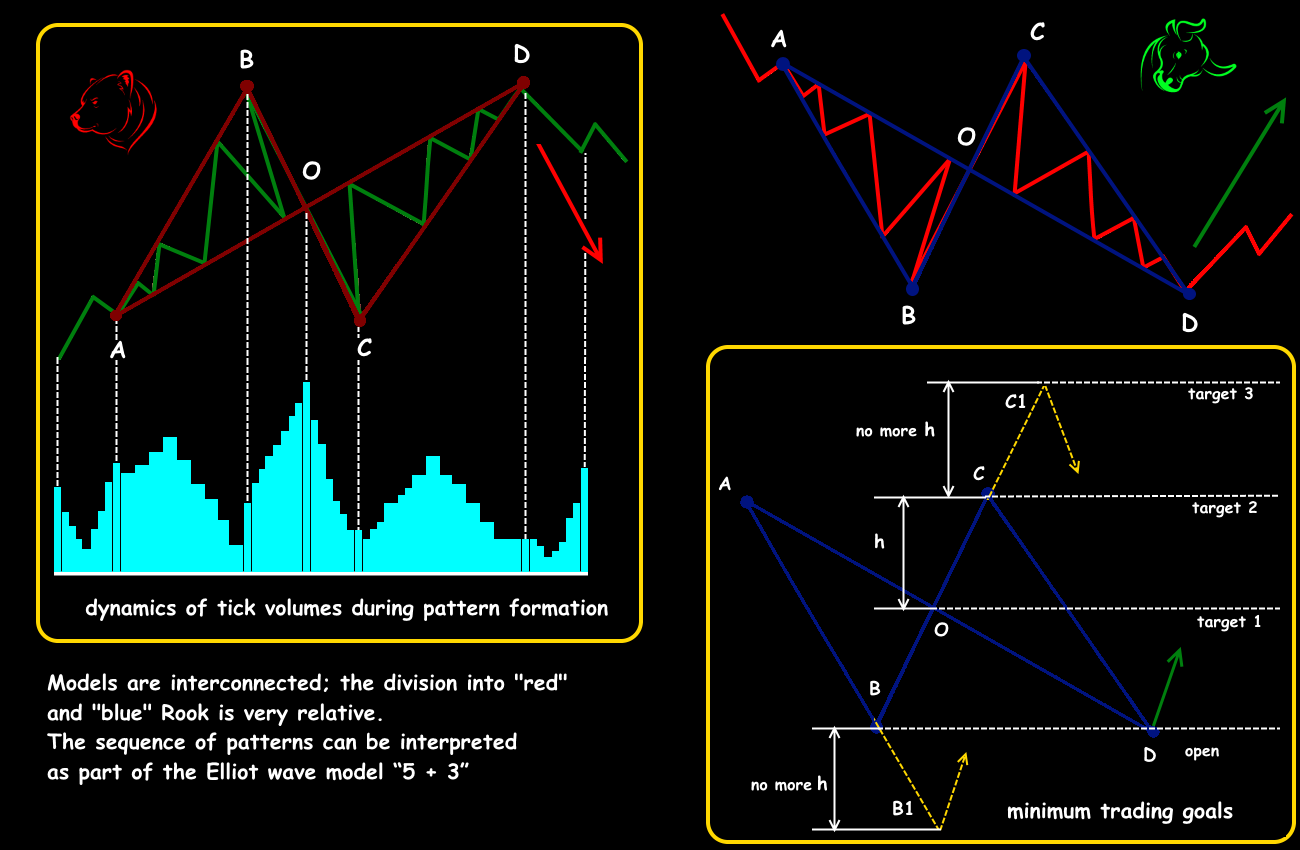 Another market principle works in this scheme: according to the Dow Theory, people are much more willing to buy than to sell. Therefore, the “Red Rooks” are usually longer — players do not want to give up purchases, while the “Blue Rooks” are shorter — smaller players quickly close sales and begin to “catch” an uptrend.

Technical parameters of the Rook pattern

Let’s take a closer look at it.

The pattern’s “color” is determined according to the traditional color scheme. It is believed that: 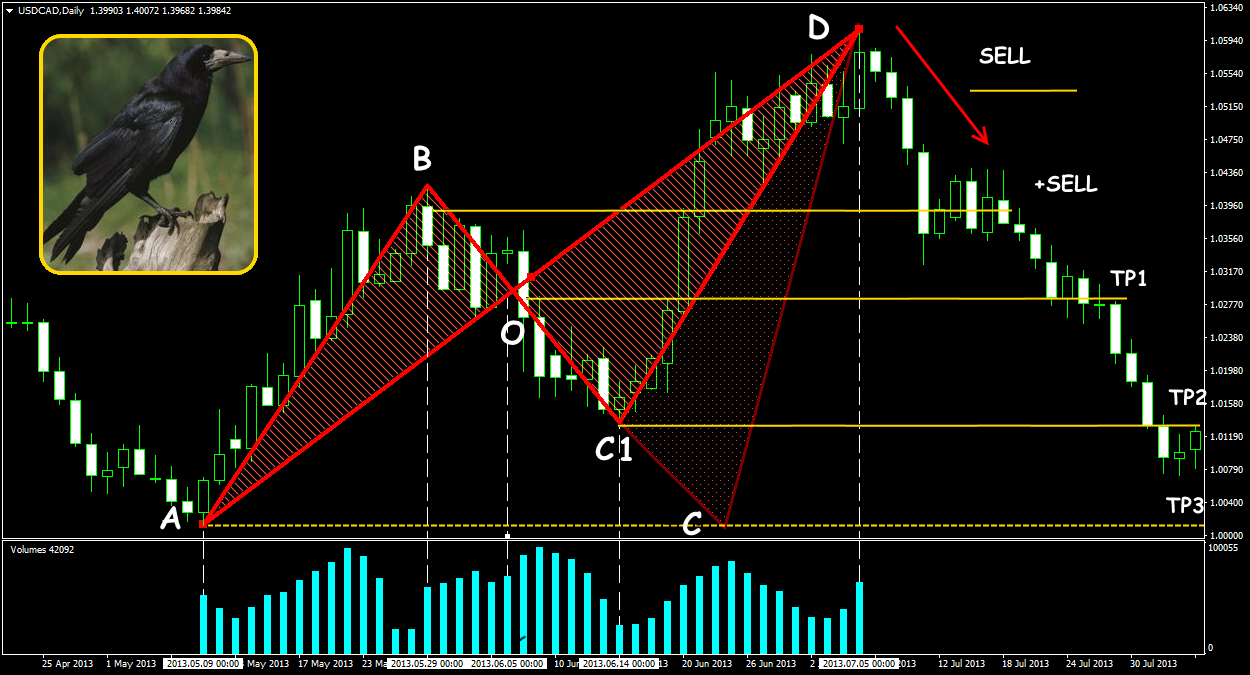 Technical conditions for the appearance of the Red Rook pattern:

We look at the target points of the pattern implementation in the diagram.

For the Blue Rook, the reverse logic applies. 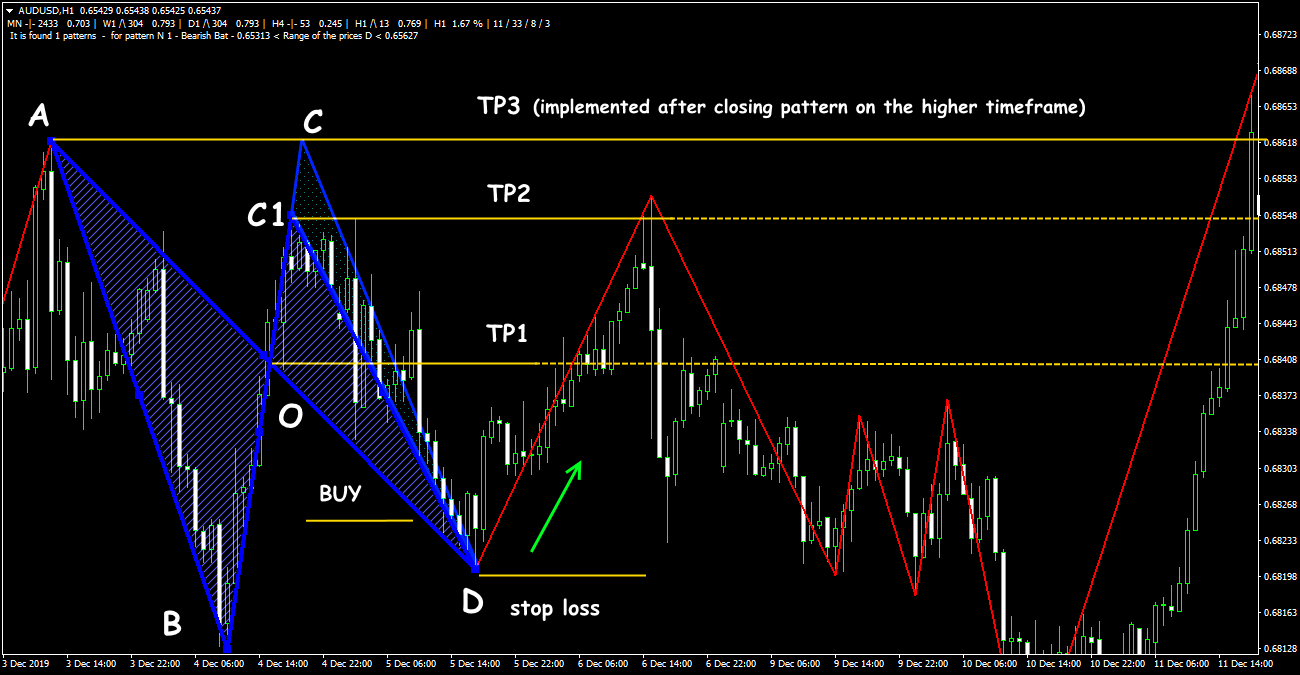 The Rook pattern is traded on a reversal: the primary Stop Loss is placed above/below the D point. It is usually enough to enable trailing with a step of 50% of the average daily volatility.

Key points for profit are shown on the diagram; the maximum profit is at the A point, but the probability of its achievement is minimal. After reaching the C point level, it is recommended to close half the volume of the transaction.

There is usually a consistent alternation of blue and red patterns in the market: smaller Rooks are formed within bigger trends.

You can build a pattern design manually — Graphic tools will help you. However, it’s easier to use the ZigZag indicator — you need to select the settings for the instrument’s volatility. 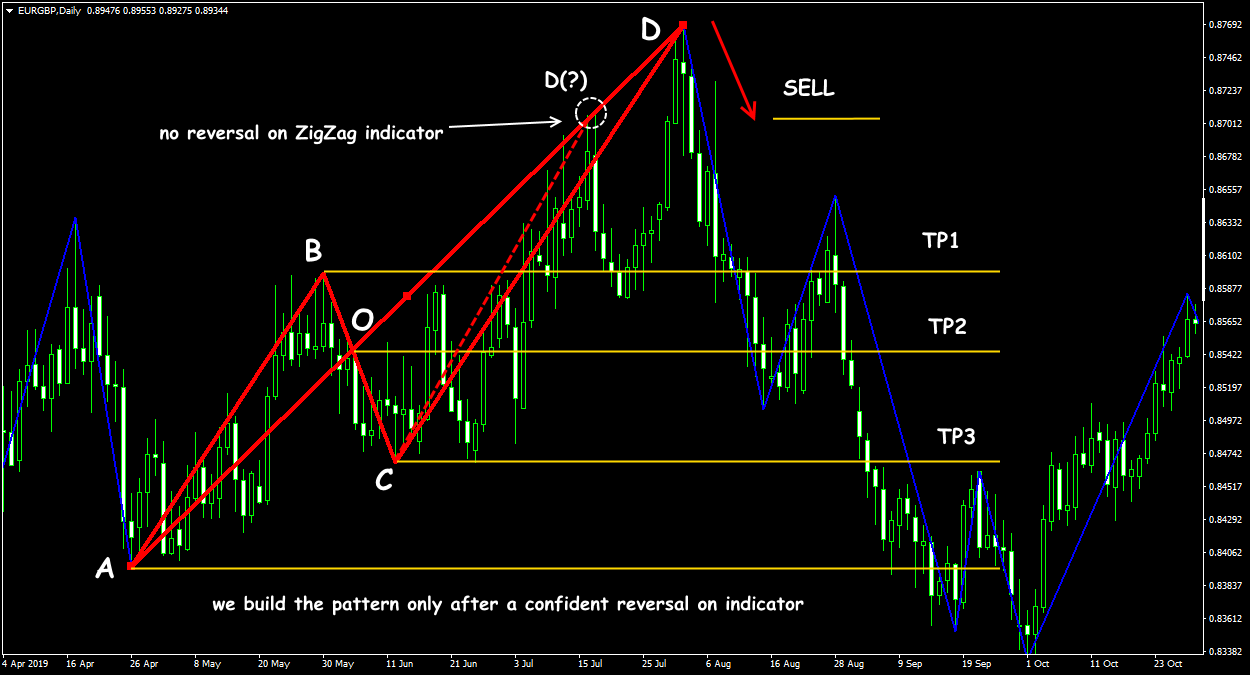 To determine the target points (both at the entrance and at the close), you can use the Fibonacci levels built on section A−B.

Like any graphic pattern, ideal Rooks are rare. It means that you need to enter after the explicit confirmation of the reversal because the endpoint D can move further along the current trend, and the pattern will have to be adjusted. 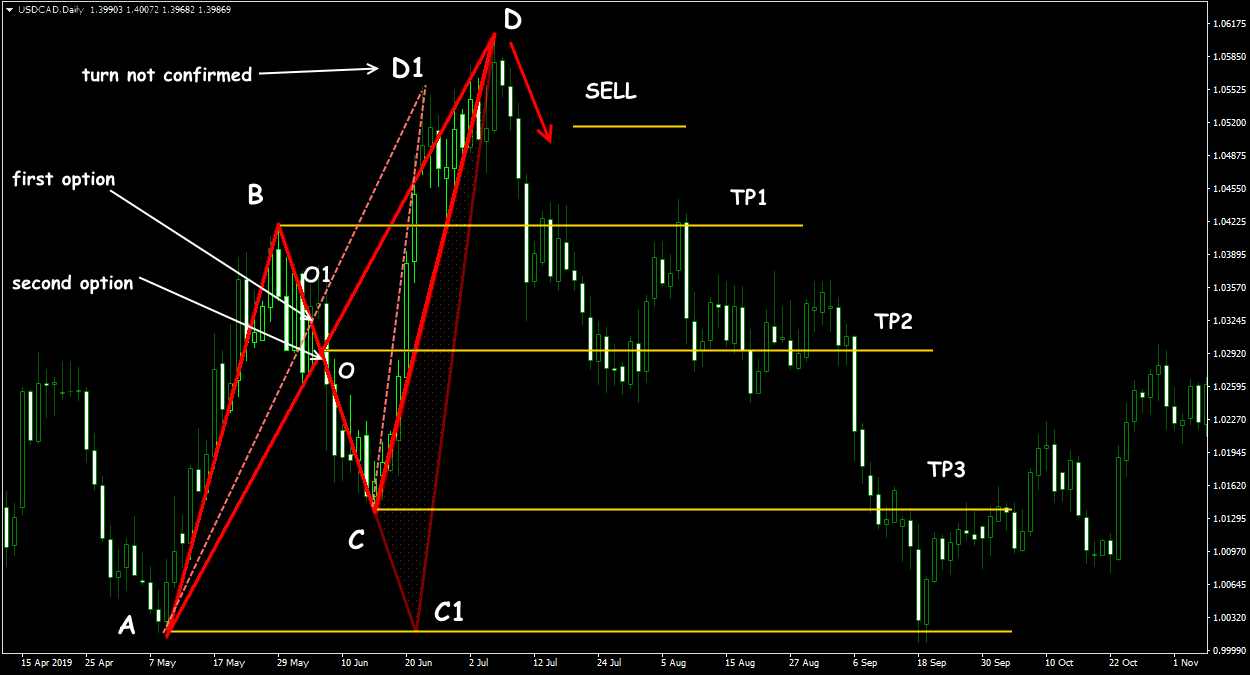 The effect of the Rook is enhanced if:

Patterns are often formed sequentially — in this case, you need to look for the formation of the largest figure, which should give the strongest and longest signal. Inside this figure, you can trade smaller models.